The US Department of Labor has sought feedback from the public in the next 60 days on determining the H-1B wage levels for the employment of different immigrants and non-immigrants. Including those for the H-1B visas, the most sought-after work visa among Indian professionals.

The H-1B visa is a non-immigrant visa that permits US organizations to utilize foreign workers in specialty occupations that require theoretical or technical expertise. Technology organizations rely upon it to hire a huge number of employees every year from nations like India and China.

In a federal notification issued on Friday, the US Department of Labor asked the public to react to its request in the next 60 days.

The request by the department’s Employment and Training Administration follows an earlier announcement. By the department proposing an 18-month delay in the effective date of a final rule. Also, changing on calculating the prevailing wage levels for specific immigrants and non-immigrant workers.

Published in January 2021, the last rule affects employers looking to employ foreign workers. On a permanent or temporary basis through certain immigrant visas or through H-1B, H-1B1, and E-3 nonimmigrant visas.

While the E-3 visa is one for which only residents of Australia are eligible, the H-1B1 visa is for individuals from Singapore and Chile.

Moreover, the rule is a carry-over from the Trump government, which had proposed revisions mandatory salaries. After losing a court battle to organizations including the Bay Area Council over an initial version.

As per the Department of Labor, the proposed rule’s delay in the effective date. Also, it will result in the reduction of transfer payments in the form of higher wages from employers to H-1B employees.

Also, the proposed rule would delay the potential for deadweight losses to happen. In the event that requires employers to pay a wage above what H-1B workers are willing to accept results in H-1B caps not to be met, it said.

The US Labour Department observed that the yearly H-1B cap was reached. Within the initial five business days every year from fiscal 2014 through fiscal 2020.

Also, Check [ICE Extends Interim COVID-19 Protections for Form I-9 Compliance Through May 31]

In February, the US Citizenship and Immigration Services, the federal agency which screens and allocates H-1B applications. Said it got an adequate number of petitions needed to reach the Congressionally-mandated 65,000 H-1B visa regular cap and the 20,000 H-1B visa the US advanced degree exemption. Known as the master’s cap, for fiscal year (FY) 2021.

The Biden government in February declared that it was delaying the H-1B policy of the past Trump government. On the allocation of the popular foreign work visas by proceeding with the lottery system until 31st December 2021. To give the immigration agency more time to develop, test, and implement the modifications to the registration system.

However, on January 7, the USCIS declared to get rid of the traditional lottery system. In deciding the successful applicants for the H-1B visas. 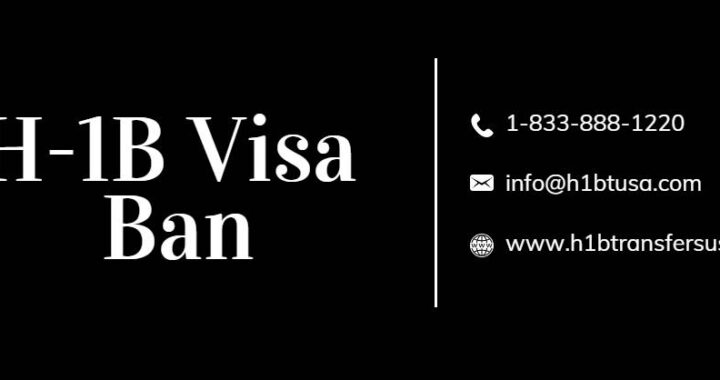 Biden admin clears the path to citizenship for children of H-1B visa holders, other immigrants